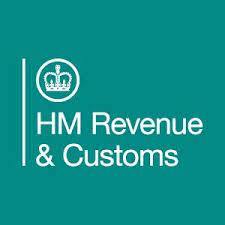 Posted on 22nd April 2022 at 11:36
HMRC starts to assess grant overpayments
HMRC is currently writing to taxpayers that need to repay some or all of their self-employment income support scheme (SEISS) grants. What's the full story and what action needs to be taken on receipt of such a letter?Whilst each type of business and letting will be different we have listed below a few simple guidelines to help make your records easy to follow saving your accountant time and you money.
The fourth and fifth SEISS grants were calculated based on tax return information HMRC held on 2 March 2021, including the 2019/20 tax returns where these have been filed, along with any amendments made prior to that date. However, where amendments were made after this date it is possible that the entitlement to those grants would have reduced. For example, where the tax return was originally filed using estimated figures that were later corrected and the true figures were better than anticipated.
Amendments can be made by the individual taxpayer, directly by HMRC, or as the result of an enquiry. If the entitlement to the fourth and fifth grants was reduced by more than £100 as a result of the amendment, you should expect a letter from HMRC very soon. This will contain an assessment of the amount that needs to be repaid, along with a breakdown of how that amount has been calculated. The letter will have a reference number and needs to be used to make the payment. The payment should not be made via the self-assessment account, and instead the instructions here https://www.gov.uk/guidance/pay-taxes-penalties-and-enquiry-settlements
should be followed. If payment is not made within 30 days, a 5% penalty will be applied unless a time to pay arrangement is set up before that deadline. It is possible to appeal in writing within 30 days of the date on the letter.
© Indicator- FL Memo Ltd
https://www.indicator-flm.co.uk/ Memo Ltd
Tagged as: Self employment
Share this post: